During the past five-and-a-half months, thanks to the Fulbright Schuman grant, I have been conducting my research at Johns Hopkins School of Advanced International Studies (SAIS) in Washington, D.C. It has been a fantastic time, which allowed me not only to delve into my project on “Forms of Foreign Policy Cooperation in the Unraveled Transatlantic Space”, but also to explore life in the American capital and the East Coast. Of the many fond memories I will take back home, I put together an informal “top five” of moments which struck me as particularly representative of what makes America (already) great. These are in no particular order and mix professional with “extra-curricular” activities:

1. Random friendliness
I will certainly miss the friendliness and quality of service in the United States. Sometimes that’s transactional, with the expectation of a 20% tip. At other times it’s the great hospitality of friends, such as the amazing Thanksgiving celebration I was invited to in Pittsburgh. Many times, however, it has also been out of the blue, with no particular reason. An example of that was at a lunch place in Boston. My wife and I were headed for a drive to Cape Cod, and the gentleman at the next table turned out to be from there. After giving us some useful advice for sightseeing, he paid for our drinks on his way out. It’s unlikely we’ll ever see him again; I think he was just happy we were visiting the place he was from. 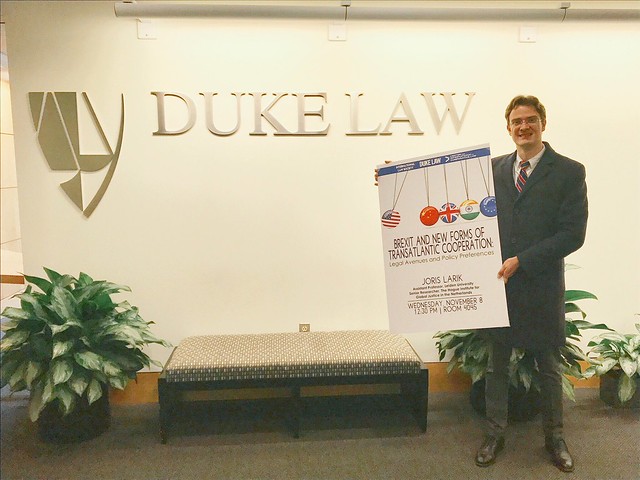 2. Open government
During my time in Washington, I was able to draw on the immense amount of expertise and practitioners’ perspectives in this city. A particular treat was that I was able to conduct a number of background conversations and interviews with policy makers in the State Department, the Office of the U.S Trade Representative, and Congressional staffers. This was also thanks to my fantastic hosts at the Center for Transatlantic Relations at SAIS, who helped to get me in touch with the relevant people. As nerdy as it sounds, one of my favorite moments was being able to discuss U.S. and EU trade policy as well as the implications of Brexit with the American chief negotiator for TTIP one-on-one for a full hour. In all these meetings, I appreciated that these officials took the time to talk to me, as well as their candor and first-hand experience—something you cannot really get from the books, journals, or even from Twitter.

3. Road trips
Back home in the Netherlands, I hardly ever drive. But during my stay in the U.S. I rented cars several times to travel around in order to give guest lectures and explore the countryside. You do really need a car to get around, given the combination of scarcity of public transport and vastness of the country. The latter is something that never ceases to amaze me, and I tremendously enjoyed having had the opportunity to visit Shenandoah National Park, rural Virginia, West Virginia, Massachusetts, and North Carolina, while stopping along the way at historical sites and iconic diners (and a Walmart Supercenter, something I hadn’t seen before either). 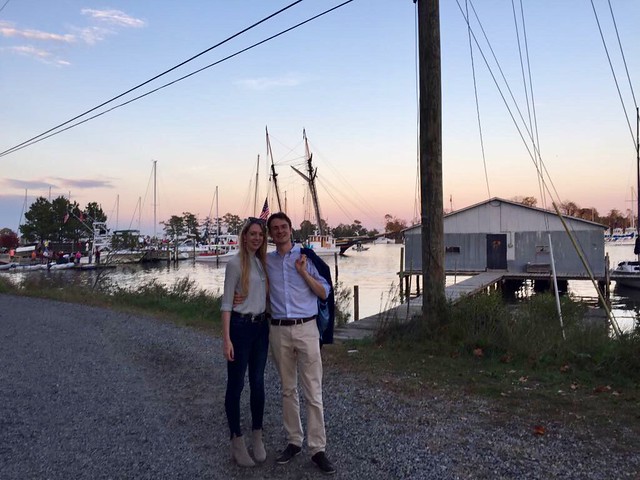 4. Counterintuitive surprises
Another reason for the road trips was getting out of the “Washington bubble” and see other parts of America. During these trips, I encountered many more friendly and hospitable people, and was interested also in their views on current affairs. Many times, their answers were not what one would expect based on general perceptions. In Provincetown on Cape Cod, Massachusetts, where Hilary Clinton carried 60.8% of the votes in the 2016 Presidential Election, a shopkeeper expressed confidence in how Donald Trump “would drain the swamp” in Washington. By contrast, in Charleston, West Virginia, a state where Donald Trump swept up 68.8% of the vote, various patrons at the “Empty Glass” bar explained how the President did not represent them and was not living up to his promises to the state. These, among many other conversations, show that just as you shouldn’t judge a book by its cover, you shouldn’t judge a state and its people by its “blue” or “red” reputation. 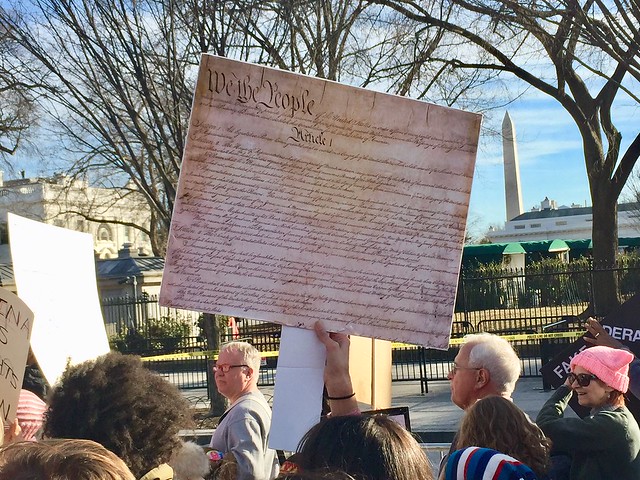 5. Respectful demonstrations
Back to DC for the final point: Another thing that struck me compared to back home is not only the number and size of public demonstrations, but also their civility. Unfortunately, that is not always the case, as the violence at the Charlottesville, Virginia, rally in August 2017 showed. But during my time in Washington, there was a whole range of peaceful rallies, including the so-called “Mother of all Rallies”, the “March to Protect American Democracy”, the “Juggalo March”, the “March for Life”, and the “Women’s March”. At many of these, there would be counter-protestors expressing their views. Though at loggerheads in terms of viewpoints, from what I have seen in Washington, people treat each other respectfully. The freedom of speech enshrined in the First Amendment of the U.S. Constitution is being taken very seriously. To the Women’s March on January 20, 2018, someone even printed a copy of the constitution on a sign.

As I return to Leiden University to teach my class on “Constitutions and Constitutionalism”, these experiences will provide ample food for thought and discussion. One recommendation I will certainly give to all my students is this: Have a look at the Fulbright and Fulbright-Schuman programs, and do apply!

Joris Larik is 2017-2018 Fulbright-Schuman Scholar to Johns Hopkins University. He has degrees from the University of Dresden, Leiden University Law School, the College of Europe, and the European University Institute, where he received his PhD. Dr. Larik is an assistant professor at Leiden University and a senior researcher at the Hague Institute for Global Justice. He has spent the past year conducting research on “Forms of Foreign Polcy Collaboration in the Unraveled Transatlantic Space” at the Center for Transatlantic Relations of the Johns Hopkins University Paul H. Nitze School of Advanced International Studies. Articles are written by Fulbright grantees and do not reflect the opinions of the Fulbright Commission, the grantees’ host institutions, or the U.S. Department of State.