Mark Nance is a 2017-2018 Fulbright-Schuman Scholar and an associate professor at the School of Public and International Affairs and North Carolina State University. Dr. Nance is also a two-time recipient of a Fulbright-Schuman grant, having first participated in the program as a graduate student. This time around, he has spent the past year in Sweden at the University of Gothenburg and in Germany at the University of Duisburg-Essen, conducting research on “Varieties of Crisis Capitalism? Saving the Auto Industry in Sweden, Germany, and the U.S.” — and he brought his family along! Below, he reflects upon lessons learned from their time in Europe.

The Fulbright Schuman grant program is different from most Fulbright programs. The traditional Fulbright program was envisioned originally by Senator J. William Fulbright and the first participants went abroad in 1948. It reflected a new leadership role for the United States in the world; we spent money to ensure that people could spent significant time understanding the language and culture of a different country. The result would be an important stock of expertise, but also, hopefully, goodwill that would promote international understanding and peace.

The Fulbright Schuman program is relatively new and recognizes that understanding politics—my field of interest—across much of Europe today means understanding the European Union. Immigration, data privacy, the rise of the far right, trade, international security: all of these topics are prominent across Europe and all have their roots at least in part in the European Union. This reality creates a new layer of complexity in Europe, as well as in transatlantic relations. Reflecting this reality, Fulbright Schuman projects are supposed to have a footprint in at least two Member States, as well as a direct link to the European Union. It is an important initiative that reflects Europe’s status as a vital economic, security, and normative ally.

From a personal perspective, this was my second time around with a Fulbright Schuman grant. The first time I was a graduate student. I lived in Brussels, had a roommate, and studied EU efforts to informally promote social spending coordination across members. I hoped the research would earn me my dissertation and a job.

This time around was different in several ways. My project has started from the ground up: looking on a very local, i.e., municipality, level at Germany and Sweden’s differing responses to the automobile industry crisis starting in 2008 and understanding what role the EU played. My roommates were my family: my partner and two small children. As I have a job, I hope the research will generate new insights into the best way to respond to crises and structural economic change.

My partner is also an academic and, luckily, our research interests converged geographically. We were based in Gothenburg, Sweden for the year. As a graduate student I would have spent have the time in Germany and half in Sweden. With two school-aged children, that wasn’t feasible. Instead, I planned to travel regularly to Germany for my research there. So we found housing (potentially very difficult) through Gothenburg University, rented out our house back home, figured out how to enroll the kids in Swedish public schools, and set about research and life in a new country for the year. 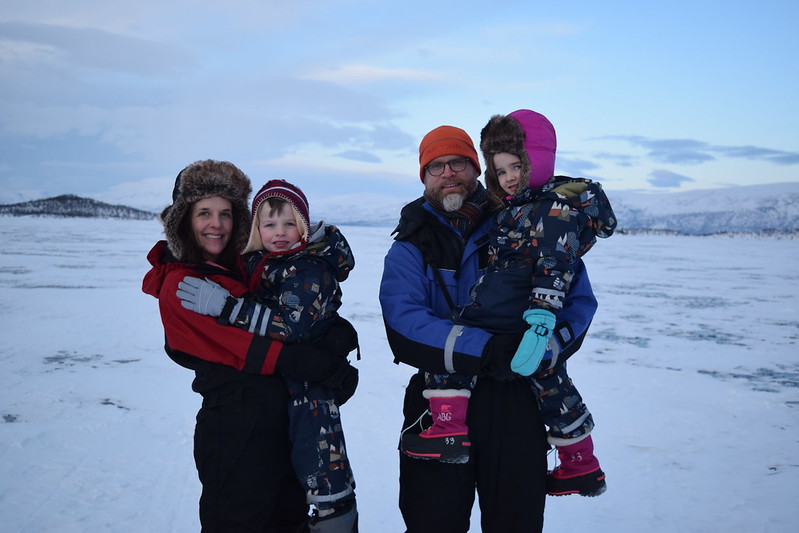 As I’m writing this, we’ve just begun packing for our return. For some time now, however, we’ve been thinking and talking about our big takeaways from this. This is by no means a comprehensive list, and it focuses mostly on lessons related to Sweden. But here are some of what I consider the most important ones: a mix of professional and personal.

Languages are interesting, fun, hard, and important. As a language person, I’m disappointed that I didn’t do a better job of learning Swedish. My reading is reasonable, my comprehension is ok, and my speaking is horrible. I studied it along the way and will continue. I should have known from learning other languages, however, that the better route was to spend a month intensely studying the language and nothing else. But that also would have taken a month away from my research and Swedish wasn’t absolutely necessary for my work here this year. These are the trade-offs that we have to decide about as researchers.

Fieldwork is messy and unpredictable. I’ve been fortunate to have made a lot of very good contacts while here. I’ve interviewed factory workers, city officials, CEOs, EU officials, journalists, federal government officials, and high-level politicians. Many of the contacts I’d hoped to make have come at the end and I’ll need to come back for some of those interviews. That’s a bit frustrating, but making contact with deputy prime ministers or CEOs of major international companies takes time. One major advantage of the Fulbright grant is the time it allows to make those contacts at all. This is especially true if the research project entails multiple sites, like the Fulbright Schuman grant necessarily does. The Fulbright name also helps establish credibility.

National context still matters. As an EU scholar, it’s easy to ignore how national contexts affect the on-the-ground reality of the EU. My project looks at the European Globalization Adjustment Fund, which helps states respond to mass layoffs. But the national systems for dealing with such events differs greatly. The question is whether the EU funding mechanisms will generate learning and convergence among the participants. That remains the core question among EU scholars and the structure of the Fulbright Schuman program in particular allows scholars to study that question more closely. The Schuman program also promotes comparative research, which generates more reliable policy analysis.

Understanding a new culture takes time. We often chuckle about the things we didn’t know one year ago: how to use the complex Swedish laundry system; that Swedes on Friday nights often eat the kinds of tacos that we grew up eating in 1980s middle America; how light cycles affect your mood; that Swedes really do take 4-6 weeks of vacation in July and August. But there are deeper understandings that come with more time and interaction: the rules of personal interaction, the sources of cultural anxieties, what works well in a society, what tensions exist or are building. Again, the time afforded by Fulbright makes those deeper understandings possible.

Kids are adaptable, so take them abroad. One of our goals was to help our children understand what it’s like to be the outsider who doesn’t speak the language or know the culture. We were concerned about how they’d respond and watched closely for signs of wariness. There were hard moments, but mostly it went remarkably well. They love Sweden. They understand they can play with kids that don’t speak the same language. They understand that learning another language helps them make more friends. They’ve learned that being the new, different kid is a lot easier if someone reaches out in even the smallest way. We hope they will carry all of these lessons back home and reach out to the children in their classes who are newly arrived immigrants like they were here in Sweden. 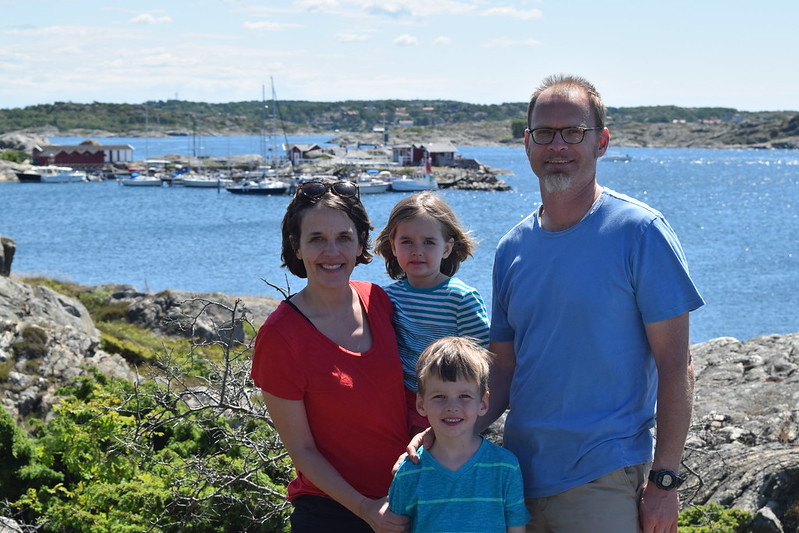 Promoting international understanding feels more important these days than in has been in some time. The Fulbright program continues to fund one of the most important strategies toward that end: sending people for extended periods to another place. The “return on investment” for such initiatives is hard to measure, but I’m convinced there is a return. I’ve had countless conversations with people from across Sweden: with dogsledders in Kiruna, north of the Arctic Circle; with friends in Halmstad, in the southwest; with current and former government members in Stockholm. They have shared their impressions of the US and of Sweden with me. Those conversations and experiences shape how I understand the US and Sweden. I will take those new understandings with me into my research, as well as into the classroom. Likewise, my children will take their experiences into their own classrooms. The ripples continue from there. That is how Fulbright spreads the seeds of long-term change.