An Interview with Michelle Shevin-Coetzee
By Elisabeth Bloxam

In April 2019, nearly three years after the June 2016 referendum, the world remains mesmerized by ongoing Brexit negotiations in Brussels and London. For those working and living in Brussels, negotiations over the departure of the United Kingdom from the European Union have been so slow-going that it can be hard to imagine life beyond the UK’s eventual departure. But for Michelle Shevin-Coetzee, a 2018-2019 student researcher on the Fulbright Schuman Program looking at the impact of Brexit on European defense policy, the timing couldn’t be more perfect.

Michelle arrived in London in September 2018 to begin her nine-month Fulbright research grant. The flight between Washington Dulles and London Heathrow might only take six hours, but the journey was the result of years of preparation.

Michelle had first heard about the Fulbright-Schuman Program via a Google search as a student at the George Washington University. Although familiar with the Fulbright English Teaching Assistant Program through which Americans provide assistance local English teachers in classrooms around the world, she had not realized that Fulbright also provided opportunities for recent graduates to conduct independent research and was immediately drawn in by the opportunity that the program provides to conduct on-the-ground research in multiple locations across the European Union. But while many students apply to the Fulbright Program during their senior year of college, Michelle decided to remain in DC after graduation.

It was not until two years later that Michelle — then a research assistant at the Center for Strategic and Budgetary Assessments (CSBA) — decided to apply to the Fulbright-Schuman Program as a way to conduct on-the-ground research in her area of expertise: European defense.

In addition to completing multiple internships at the Department of Defense as an undergraduate student at the George Washington University, Michelle had already worked as a Researcher at the Center for a New American Security (CNAS) and as a Research Assistant at CSBA by the time she applied for the Fulbright Schuman grant in autumn 2017. Although Michelle’s work at CSBA and CNAS had looked at broader questions of national security and European defense policy, she knew that she wanted her Fulbright Schuman application to take a more specific approach.

It was in Washington DC, as she listened to political podcasts and parliament debates during her daily commute, that Michelle became interested in what was happening across the pond, both in the United Kingdom specifically and throughout the European Union. “I became fascinated by the Brexit debate and wanted to study it at its source to try to find out not only what Brexit, within a defense context, means for Europe but also for the United States and the transatlantic relationship. (…) I decided that if I wanted to try to understand these developments, it would be best to be based in Europe. That way, I could learn from a range of experts to explore  the intersection of Brexit and European defense policy.”

Michelle explained that much of her interest in this topic stems from a desire to understand institutional decision making and bureaucratic processes. “I wanted to explore questions like: how might the future UK-EU defense relationship look? Will the UK leaving the EU affect its role in NATO? Can the UK’s bilateral relationships remain insulated from some of the tensions in the Brexit negotiations?”

Over the course of a year, Michelle gradually refined her proposed research topic, preparing application materials and gathering a list of experts to interview. But selecting a research topic was only part of the challenge. As part of the application process, Michelle sought out letters of affiliation from host institutions in the United Kingdom and Germany. “For both London and Berlin, I knew I wanted to be based at think tanks. The research relies primarily on interviews so it was important to me to affiliate with institutions committed to independent and rigorous research. Both Chatham House and the German Council on Foreign Relations (DGAP) also have very well respected programs dedicated to research on Europe.”

In her application, Michelle cited the importance of engaging with experts  at Chatham House and DGAP to her research. Seven months into her grant, she also recognizes the added value of simply being in Europe. “If you want to work on a certain region, I think it’s so important that you spend time there. Beyond the professional perspective you can develop from working in another country, there’s also a significant cultural element of exploring new areas and learning about the history of that given place.” The nine-month grant has given Michelle the opportunity to return to places that she first visited as an exchange student at the University of Cambridge in the spring of 2014 — and to explore some new ones.

“When I looked back on my study abroad experience, I realized that, for the most part, I really only stayed in Cambridge, with the exception of one or two day trips. Cambridge is a wonderful place and I could not have asked for a better experience, but I knew that the next time I found myself in the UK, I wanted to see much more of the country. So when I started this fellowship, I promised myself that I would try to travel somewhere new each weekend,” Michelle told us. “With a handful of exceptions, I followed through on that for the UK, and I am trying to do the same for Germany.” 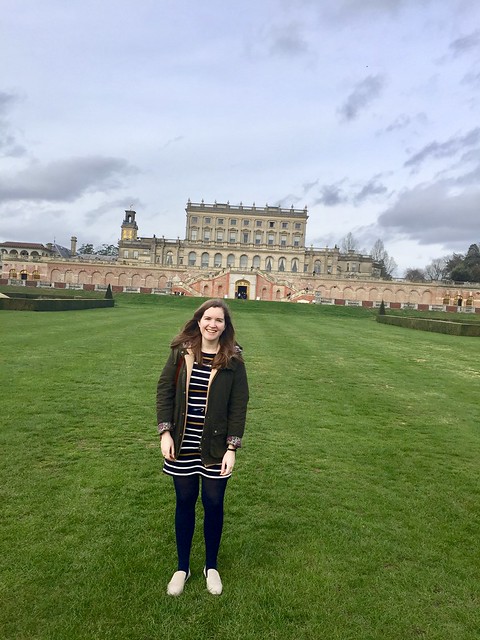 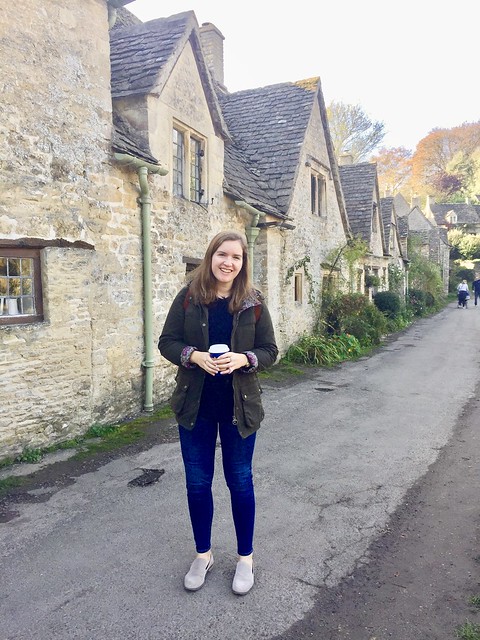 After spending six months at Chatham House in London and conducting nearly 80 interviews with academics, government officials and embassy and think tank staff, Michelle presented her initial findings on the future UK-EU defense relationship at an invitation-only research event in March 2019. With the implications of Brexit still uncertain, she is now in Germany to continue her research on the future of European defense policy at the German Council on Foreign Relations.

In Berlin, more questions await. “An overarching question I am interested in exploring is, ‘how does Europe organize its defense post-Brexit?’ I would like to examine the interaction among multilateral (like the EU and NATO); bilateral (like the UK-France defense relationship); and minilateral (like the European Intervention Initiative) efforts. Although my focus is on European defense policy, it is impossible to overlook the significant role that the United States plays in this field, primarily in NATO. I am curious then to consider how the transatlantic relationship factors into this wider context.” 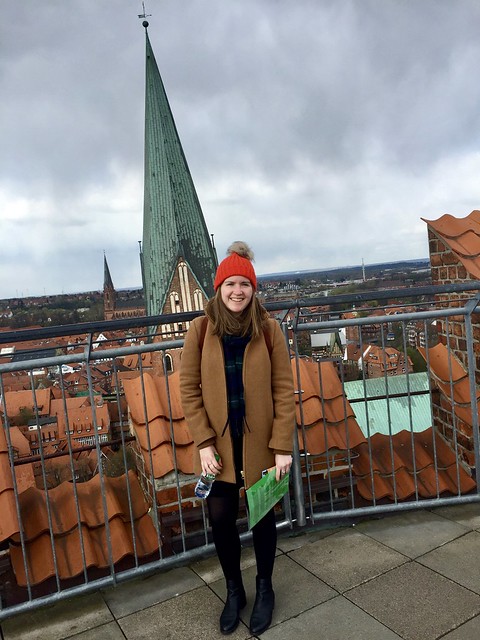 In retrospect, Michelle appreciates her decision to acquire practical experience in the field before applying to the Fulbright Program. “I thought about applying [to the Fulbright Schuman Program] as soon as I came across the program, which would have been during an earlier cycle, with a different topic, and with two different host countries,” she recalled. “I had a gnawing feeling, though, that it was too big a decision to make that quickly. Instead, I gave it further thought and could not be happier I took a bit more time.”

The additional time also allowed Michelle to gain practical experience in a variety of topics within European defense policy before settling on the comparatively narrow topic of post-Brexit European defense policy. As Michelle’s research interests evolved, so too did the reality of European defense. “From the moment I came across the program to when I actually applied [in 2017], the conversation around European defense policy started to change, primarily with the UK’s decision to leave the EU and the U.S. election of Donald Trump.” The result was a research project that would not — and, in fact, could not — have existed in 2015, when Michelle first considered applying.

What’s next? For Michelle, the future is clear: she will return to the United States this summer to begin the MA Security Studies Program at Georgetown University’s School of Foreign Service in autumn 2019. As for Brexit? Time will tell.

Michelle Shevin-Coetzee is a 2018-2019 Fulbright Schuman Fellow conducting research on the impact of Brexit on European defense policy while based at Chatham House in London and the German Council on Foreign Relations (DGAP) in Berlin. After graduating from the George Washington University’s Elliott School of International Affairs, she worked for three years in Washington, D.C.’s think tank community at the Center for Strategic and Budgetary Assessments (CSBA) and the Center for a New American Security (CNAS). Michelle interned at the Pentagon for four years during college and also studied at the University of Cambridge.

This article does not reflect the opinions of the Fulbright Commission, the grantee’s host institutions, or the U.S. Department of State.