It is almost two months already since I left Belgium to start my experience as an EU Fulbright-Schuman Scholar at the renowned University of Michigan Law School.

Travelling for the first time to the other side of the Atlantic has soon become a totalizing experience of life during which I have been learning a lot especially in terms of culture and society. Seeing one place for the very first time offers a special perspective to open to the surrounding reality, discover the rhythm of the new society which I have been gradually steeping into.

Coming from the rather tiny old continent, the first thing that I noticed while in the U.S. is that distances really matter: everything is vast, immense and far and the sky has never looked so endless. This is not the only aspect which impressed me: just like paraphrasing Henry James’ novels, I was also struck by the natural spontaneity of people which helps out feeling welcome and at ease, and by the heterogeneous combination of cultures from all over the world. This helped me adjust to my American life quickly and easily, thanks also to the fact that Ann Arbor is not the classic American large city with skyscrapers of concrete, glass and steel, but a cozy Midwest town of about 250,000 inhabitants, one third of whom are students, full of wooden houses, traditional bookshops, farmers’ markets and local breweries, all surrounded by a wild, stunning nature.

Apart from its prominent University, before arriving in Ann Arbor, all I knew about my destination was the terrifying cold of winters in Michigan. Needless to say that my suitcase was full of stuff to face such a terrible enemy and I had accepted the idea of skipping summer by leaving the rainy Belgium for a place which is even colder. Nothing was more wrong! The impact of the 35-degree Celsius summer reminded me the temperature of my native Sicily and gave me the chance to enjoy, before winter comes, a very beautiful summer soaked in the vivid nature of Ann Arbor which counts over 140 parks and green areas and the beautiful Huron river along which I settled down and at which I gaze every day when I come back home from University. 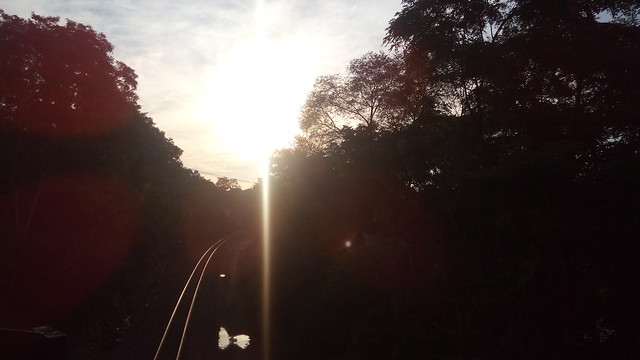 Moreover, unlike other many academic campuses in the U.S., the University of Michigan is completely absorbed into the small city. I soon realized how everything spins around the University and having most services at walking distances is definitely an advantage in a country were distances matter. The downtown is in fact within a few blocks of the Law Quadrangle (The Quad) and its superb neo-gothic architecture which well interprets the belief of William Cook, a distinguished Alumnus, who thought that “the character of the Law Schools forecasted the Future of America.” As soon as I entered the University in August, I realized the exceptional place the Law School is: a very friendly working environment with many excellent research facilities and an ongoing series of intellectual debates, including the weekly seminars during which scholars have the possibility to present the advancement of their research. The most enriching aspect in research is indeed the interaction with other fellows and people in general: this is why I find Michigan Law School the perfect environment to feed my intellectual curiosity by being part of a friendly community where it is very easy to know and get in touch with Professors, including those who are leading authorities in my area of expertise. I therefore owe a debt of gratitude to Fulbright that gave me the possibility to meet Prof. Hathaway, a world leading authority in international refugee law, who accepted to act as a host for my research project, which focuses on temporary protection as an arrangement for the U.S. and the E.U. to offer interim protection in cases of mass migratory flows to persons fleeing situations of conflict or generalized violence, without prior individual refugee status determination.

Thanks to the contacts I made while being at the Law School, I could schedule some interviews with officials from the U.S. Citizenship and Immigration Services and develop the empirical component of my research. I have been also realizing how people and scholars, even outside my area of expertise, are really interested in my research and this constitutes indeed an added value.

This ongoing engagement with fellows and friends reflects the spirit of the Fulbright-Schuman program to generate mutual understanding between the people on the two sides of the Atlantic through academic exchange. I am especially grateful to Fulbright that gives me the unique opportunity to reflect on E.U. asylum law from the special angle offered by the University of Michigan. The Law School has, in fact, an established tradition in European legal studies, being the first place where European law was taught thanks to Professor Eric Stein, who since the 1950s attracted many European scholars to the small Midwestern city to study the nascent European integration process. It is not therefore surprising to find so many debates on European issues, including the refugee crisis or Brexit. Eventually, my experience as a Fulbright-Schuman Scholar has been also contributing to strengthen my European identity insofar as, while being in the U.S., I realize how it is just as natural to think about the E.U. in everyday debates with fellows and friends on the other side of the Atlantic and to form or confirm thoughts and ideas on the potential of the E.U., its impact on society in Europe and its role as a major economic and political partner of the U.S. I am sure that this exchange of views and opinions will be greatly beneficial to my ongoing research in the U.S.

There are still another three intensive months to go in Ann Arbor and I have many great expectations both in terms of academic research and in terms of life in the U.S. A short term goal, that, according to the Dean of the Law School, nobody can let escape, is to pay a visit to the Big House, the largest stadium of the U.S. and the second largest stadium in the world to watch American football that here is an unforgettable festival! I am ready to put on my M T-shirt and cheer “Go Blue!”