One of the unique aspects of the Fulbright Schuman fellowship is its stipulation that scholars divide their time between at least two European Union member states. I spent the first half of my fellowship in Kiel, Germany; and the second in Athens, Greece.

Shortly before I left Kiel, one of my German friends warned me that Greece would be very different and not in a positive way. “Be prepared,” he warned me, “for a lot of inefficiency.” After my first few days in Athens, I certainly saw contrasts between the two nations. The public transportation was not as developed as in Germany, the city was grittier than Kiel, and the recent economic crisis still held a grip on society with people lamenting about unemployment and tensions between anarchists and the police. A retired Greek police officer who I got to know at a local gym once said to me, “John, what you have to understand is that Greece is third world country.” Much to my surprise, the social and economic contrasts between the two nations did not manifest themselves in the Armed Forces. 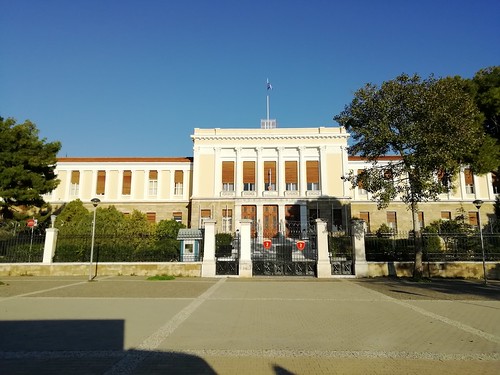 My supervisor at the Hellenic National Defence College (HNDC), Captain Deyannis HN, turned  out to be one of the brightest and most competent naval officers I have met in my 22 years of government service. A former frigate commander, he immediately took charge, arranging a slew of research interviews. The officers I interviewed proved equally bright and hard-charging. They generally began the interviews by challenging me—asking me why I was there and what thesis I hoped to prove. If I said something they disagreed with, they never hesitated to debate me on a point—usually winning. I later experienced this same penchant for the Socratic style while delivering lectures at HNDC.

The Hellenic Navy and Coast Guard provided me with unprecedented access. I interviewed all ranks, from admiral to conscript, and learned about is various migration operations, tactics, and strategy. A highlight of the trip was travelling to Samos Island, a migrant “hot spot,” to see the front lines of the crisis and interview officers just coming off missions. 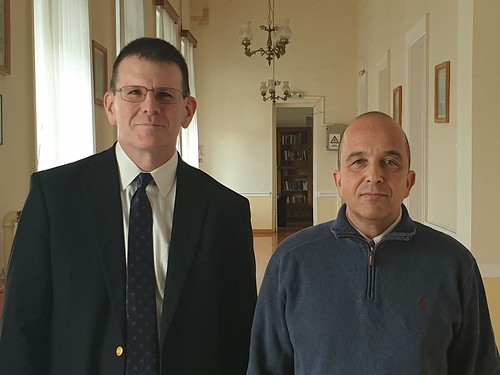 I arrived in Samos during a surge in migration from Turkey, which lay just across a straight less than 1,600 meters away at its narrowest point. Over 9,000 immigrants had landed or been transported by Coast Guard vessels to Samos from January through October 2019. They lived in a crowded camp above the port of Vathy and spent much of their day milling around town. The migrants seemed better dressed and certainly better behaved than the media accounts had indicated, but I still felt sympathy for these people fleeing war or lack of economic opportunity. I also felt concern for the Hellenic and European Union Coast Guard personnel stationed on the island. There was no escape from their mission: the people whom they might rescue one day would appear the next day in the town square. When the weather was good (as it was during my visit), the Coast Guards worked long hours saving lives and protecting the border of Europe. But these men and women never complained and all expressed pride in their work. I am humbled and honored that they found time in their schedules to talk to me. 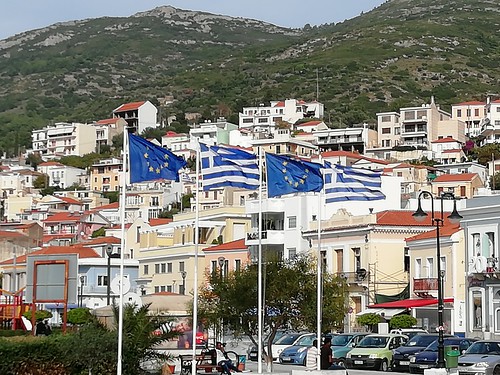 Currently, Greece spends more than 2% of its GDP on defense and punches well above its weight class in defense. From my experiences working daily with the Hellenic Armed Forces, I now understand that this contribution not only entails financial capital but human capital as well. Some of Greece’s most highly educated citizens serve in the military, making it a surprisingly effective, capable, and democratic organization in a country sometimes criticized for dysfunction.