One of my favorite things to do after work in Kiel was to grab a share bike and cycle along the Kiel fiord. I loved seeing the cruise ships anchored in the harbor, the citizenry enjoying pleasant strolls along the Kiellinie, and students rowing or practicing water polo. Kiel bills itself as Europe’s “sailing city” and hosts yachts from around the world each June during Kiel Week. The city also is the base for one of Germany’s two naval fleet commands as well as the German Naval Yards. It is the German equivalent of Norfolk in the United States. I saw German submarines, frigates, and corvettes on every ride. Despite this presence, the relationship between the city and the German Navy remains tense and ambiguous. 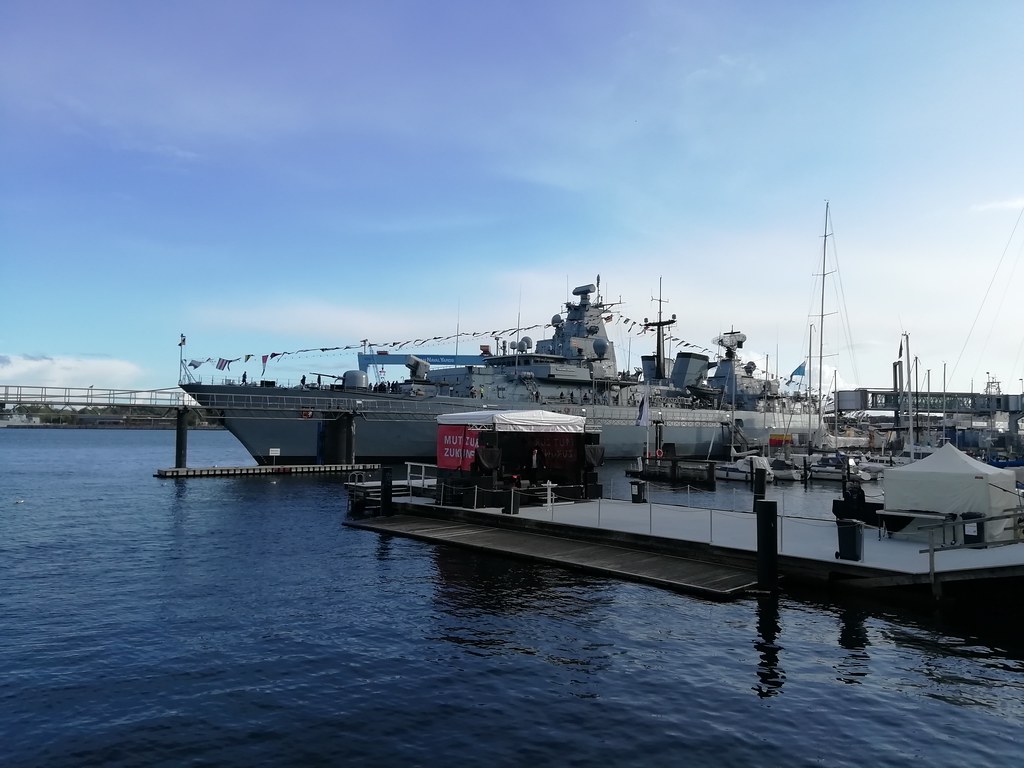 As a Fulbright scholar staying in university housing, I attended many Kiel University events and never once met a faculty member or student who had heard of my host institution, the Institute for Security Policy at Kiel University (ISPK). To avoid provoking anti-military activists at the university, ISPK has located its office far from the campus. Similarly, the German Navy also maintains a low profile. Except when visiting the base at the far north end of town, I rarely saw anyone in uniform in downtown Kiel.

At the heart of Kiel’s uneasy relationship with the military is its World War II history. Symbolizing this history is the German Navy Memorial at Laboe on the far southern end of the Kiel fiord. The stark tower honors German and international Sailors lost in all wars but its central focus is on the 84,000 German Sailors who were killed or went missing during World War II. On the ferry ride over to the tower, I saw a German minesweeper searching for World War II munitions that tides regularly pull into the fiord. Evidence of the war is everywhere and nowhere. Kiel was bombed flat during the war—almost no prewar structures exist. The city’s postwar buildings serve both to erase the memory of the war and reinforce its impact. 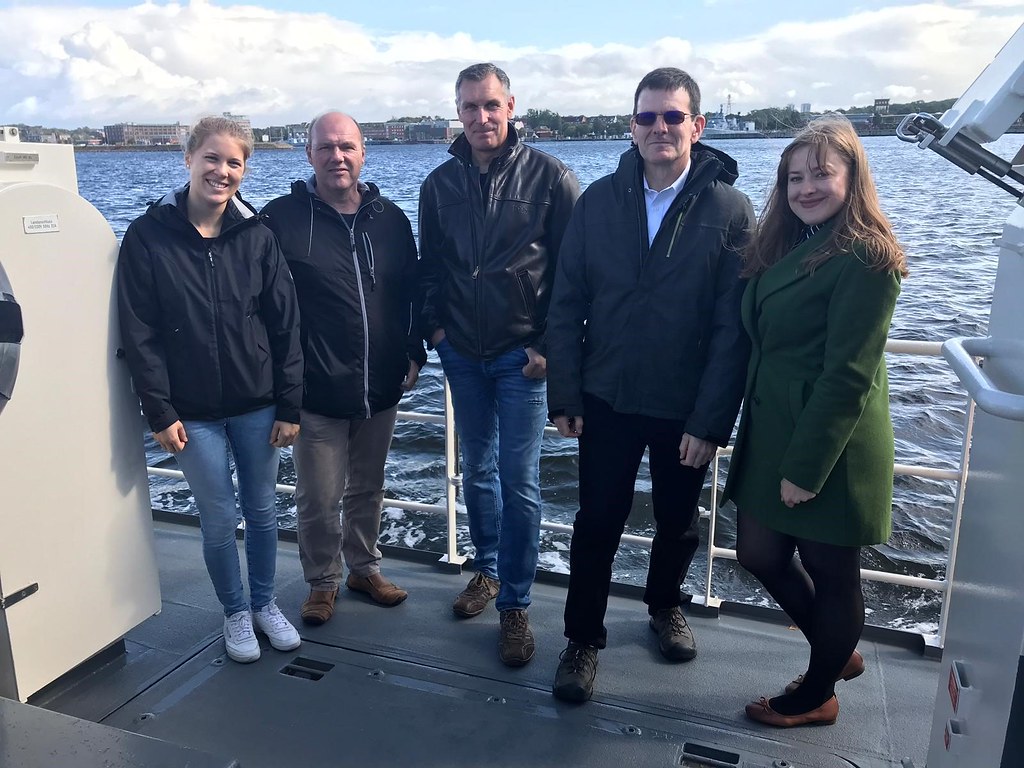 For many in Kiel, the deep scars left by the war remain painful even for generations born long after events. On my first day in Kiel, a colleague pointed out the Kaiser Wilhelm I monument in the Schlosspark and remarked, “He was the last head of state to win a war.” He later lamented that his parents simply cannot fathom how he can study war for a living. I can’t count the number of people who proudly proclaimed they were pacifists after I told them that I was in Kiel studying security issues. To avoid such awkward moments, I eventually just said I worked at the university despite my pride in being a temporary member of the ISPK team.

ISPK is the only non-government affiliated think tank in Germany devoted to the study of security policy. It produces ground-breaking research on such topics as maritime security, terrorism, and conflict response and management. Its conferences attract military officers and defense intellectuals from around the world. I felt completely at home at ISPK and enjoyed talking with its scholars daily at lunch. The topic of the armed forces in society in Germany often arose. I learned more about how the heavy hand of history and its antiwar backlash still influences German security policy. I also learned how the German Armed Forces accept the past and strive to make the best out of the often inadequate resources German society devotes to them. I could see the pride in their eyes when discussing the Type 212 submarines built in Kiel—a revolutionary fuel cell powered submarine that can remain underwater for weeks at a time without surfacing. 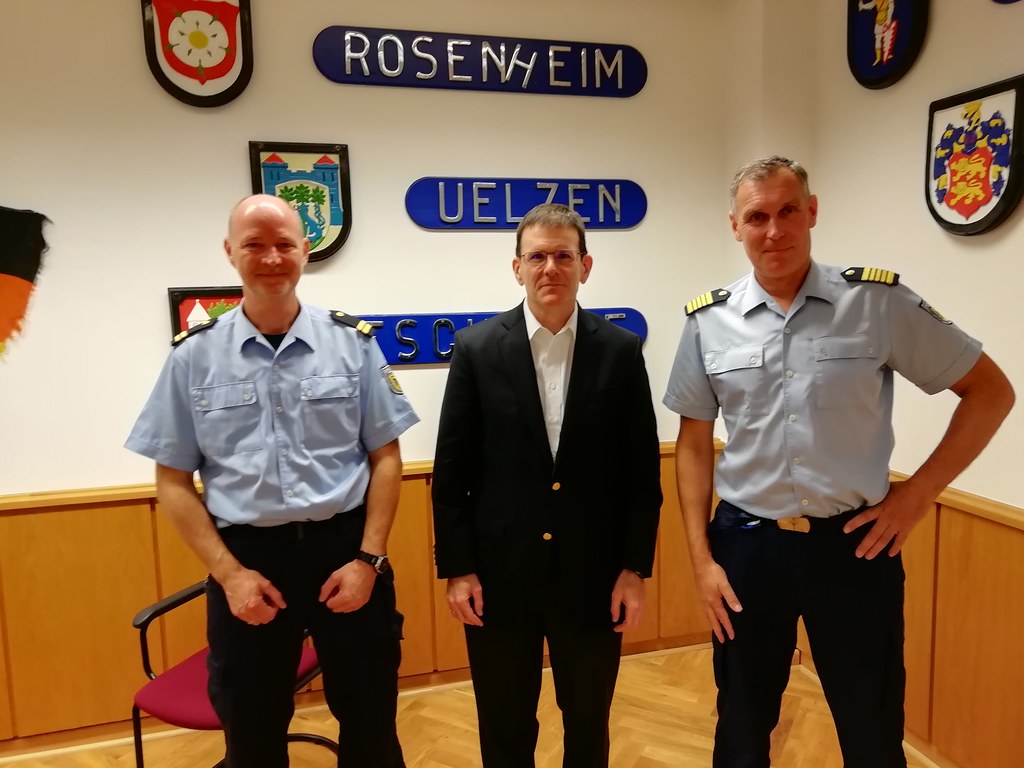 Interviewing German veterans of recent conflicts military and humanitarian operations, I heard stories reminiscent of what I heard earlier in my career interviewing Vietnam veterans: “no one understands what we did and I really can’t talk about it with anyone; it’s a relief to at least talk to you about my military past.” However, when I asked these men if they would do it again, they all responded in the affirmative. All professed a deep sense of patriotism towards Germany and the European Union. Thoughtful and reflective are terms I have come to associate with the German military officers and defense intellectuals I met in Kiel. They live in a country where people do not generally express love and gratitude for their military and in fact often express opposite feelings. As a result, officers and defense scholars tend to see the military in a very critical light. Intellectually, it is this type of thinking that will help Germany prevail in future crises.