It’s February and I’m in, of all places, Luxembourg. How did I get here? I accepted a six-month Fulbright-Schuman fellowship in Florence, but we fellows have all been summoned for a weeklong seminar in Luxembourg and Belgium. I’m not thrilled, I admit, to leave my large family behind in a still-frigid Tuscany. But here I am.

Almost immediately, Luxembourg City wins me over with its almost mythic charm. A famous article about European law begins with a reference to the European Court of Justice being “[t]ucked away in the fairytale duchy of Luxembourg.” Now that I’m here, “fairytale” strikes me as just the right word. Luxembourg combines fantastically “A Mighty Fortress is our God” with the tales of the Brothers Grimm.

To my great good fortune, the first stop on our tour is the Court of Justice itself. We listen to oral argument in a fascinating Austrian libel case. Oral argument at the ECJ has none of the slashing, thespian, gladiatorial give-and-take of the U.S. Supreme Court, but the legal issues are interesting and the lawyers (mostly) are quite able. I’m not so riveted, though, that I don’t notice many in our group siting around me moribund and bemused, their endurance tested near the breaking point.

We leave the arguments during a break and head down to the ECJ’s great hall for a session with Koen Lenaerts, the Court’s president. It is obvious to me as soon as the man speaks that he is a law professor, and that he had some training in the United States. (At Harvard, it turns out.) Bald, bright, and focused, with a twinge of merriment in his eyes, he relishes this classroom-like setting. I am pleased, absurdly, to be the only one in our American group familiar with the Constitution’s Full Faith and Credit Clause. But I am humbled by the range of Professor Lenaerts’ learning. He commands an enormous knowledge of constitutional law across multiple jurisdictions and is an impressive polyglot. In our hour together he drops snippets of flawless French, Dutch, German, and Italian, while addressing us in articulate, elegant English.

Later we have lunch at the Court, and I sit next to Judge Laenerts. We soon learn that we have some things in common. We have, for instance, quite a progeny between us (six kids each), and both of us have been parsimonious with our Y chromosomes (he has six daughters, I have five). He has been to Utah, my home state, and has even done genealogical research at the stupendous Family History Center of The Church of Jesus Christ of Latter-day Saints. We chat about the role of the Court of Justice, its relations with the media, and its interactions with other courts. We also talk about Brexit, European civic awareness, and more besides. This lunch alone makes my trip worthwhile. 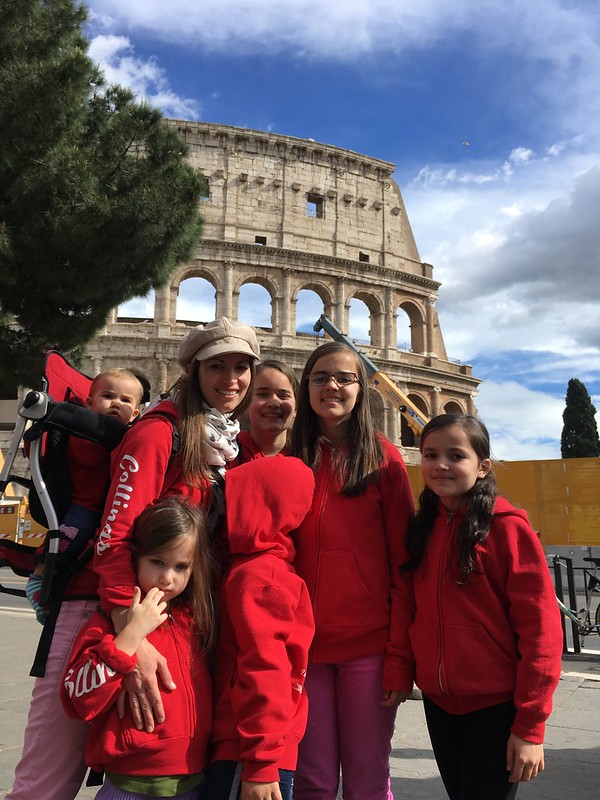 I briefly met Marta Cartabia once before when she gave the keynote address at the annual meeting of the American Society of Comparative Law in Washington D.C. But now I am to meet the Vice President of the Italian Constitutional Court on her home turf, so to speak. I arrive in Rome early—too early—and spend an hour roaming the Eternal City before retracing my steps to the Piazza del Quirinale and its adjacent Palazzo della Consulta, the Court’s home. It is a stately palace, once the headquarters of countless cardinals, at rest across from the Palazzo del Quirinale, official residence of the President of the Republic.

I am ushered past security into a small waiting room. After a few minutes, Justice Cartabia’s personal assistant, Alessandro, arrives to escort me to “la professoressa”’s office. Alessandro and I wait together while she finishes a conference with her assistenti, what we in America would call law clerks. Alessandro, I learn, once wrote a thesis about early medieval Latin sermons and has a passion for thirteenth-century Italian poetry. We talk about life and literature and law. A couple days later, at my request, he sends me a list of required-reading Italian novels.

The professoressa is an even warmer person than I remember. She greets me joyfully and compliments the Italian of my introductory email in terms that make me blush with pleasure. We have a wonderful talk over lunch,  about my research and about her Court—its procedures, its personalities, its caselaw, and its changing role. I try to persuade her to come to Utah and BYU when her term on the Court ends next year. She doesn’t require much persuading. She teaches me much and offers to assist my work in any way she can. I leave the Consulta a devoted Cartabia fan.

Like Koen Laenerts and Marta Cartabia, Giuliano Amato had a long and distinguished academic career before becoming a judge. But unlike them, he also filled powerful political posts, once as Italy’s minister of the treasury, twice as its prime minister. Now, halfway through a nine-year term on the Italian Constitutional Court, he has agreed to meet me in his office in Rome. I again arrive early—not too early this time—and a security officer in impossibly formal garb invites me to wait on a plush velvet couch in a posh reception room until the judge is ready for me.

At twelve o’clock, on the dot, the judge’s door opens and a svelte, composed figure fills its frame. In his political life, Justice Amato was known as Dottor Sottile (“Doctor Subtle”), a nickname he always hated because it pegged him as being all intellect and no spirit. It is, indeed, a misnomer. A geyser of mirth is clearly bubbling just beneath his somewhat solemn surface.

We talk for exactly one hour. Mostly, truth be told, he talks—whether from native garrulousness or from a desire to guide the conversation I cannot entirely tell. But I learn from him a great deal and receive helpful guidance on how to research the Court’s history. Justice Amato is a man of immense learning, extensive cultivation, and endless experience. At one point, he retreats into a well-stocked library with an old-fashioned ladder for the upper shelves. He embodies both the active and the contemplative life. Here on the Court, his experiences of both scholarship and power unite in an almost ideal way.

At precisely one o’clock, he sends me on my way with his best wishes for my scholarly success, and with a copy of one of his books.

Happily, I learn, Sabino Cassese is coming to Florence for a meeting of the High Council of the European University Institute, where I am a visiting fellow. As a result, I don’t need to go to Rome to see him; we can meet for dinner here. Unhappily, his visit coincides with my trip to Germany to lecture for the seventieth anniversary of the German constitution. If I hurry, though, I can just make it back for dinner with Professor Cassese, a giant of comparative public law and a former justice of the Italian Constitutional Court.

My homeward flight to Florence arrives ten minutes late. I rush home to hug my longsuffering wife, give my kids the Gummibärchen I bought for them in Germany, and race back to the “Badia,” EUI’s hub building, for dinner.

Unfortunately, Professor Cassese misunderstood what the EUI High Council had in store for him. There is to be a formal dinner for the councilors, at which his attendance is mandatory. But Sabino Cassese is an Italian, and hence not easily put down. He wheedles the caterers and organizers a bit and arranges for me to attend the dinner. He wheedles some more and arranges for me to be seated by his side. As we mingle before the meal, I meet the president of EUI; greet Justice Cartabia, who is also in attendance; and, out of the corner of my eye, see Frans Timmermans, the vice president (and perhaps the next president) of the European Commission. Professor Cassese and I sit next to Vice-President Timmermans’ security detail at dinner.

The professor and I have a wonderful talk. We soon switch from the formal “Lei” to the informal “tu” form of address—not an easy switch with a man five decades my senior! Professor Cassese is a man of exquisite elegance and enormous charm. We share, we learn, a love for Thomas Mann. We talk about many things under the sun. He tells me about his time on the Court, and about his colleagues’ reactions to his tell-all memoir, which I have recently read. As we eat on the Badia’s terrace, we watch the sun set on Florence’s historic center. After dusk, we see the sacred glow of Brunelleschi’s illuminated Duomo. I ask Sabino (we’re now on a first name basis) for the secrets of his success—the formula for his extraordinary productivity. His answer is part Delphic, part demoralizing.

First, he tells me, he read Proust as a young man and learned that time is not fixed, but elastic. When I ask what this means, he answers, deadly serious, “You must read À la recherche du temps perdus.” Second, he applies the Roman maxim Nulla dies sine linea—not a day without a line. “I never stop,” he says. “I don’t believe the idea of vacation. I work every Saturday and every Sunday.” But his work, he explains, is a pleasure, not a burden. He is an octogenarian with no plans of retirement. As long as the brain works, he opines, one should put it to work. This he clearly does, every waking minute of every blessed day, producing an endless stream of books, articles, essays, book reviews, op-eds, television interviews and more. He has been a public intellectual for more than forty years but prefers the term “public moralist.”

I leave our meeting humbled and delighted. I walk to my car, embraced by the cool and stillness of a Tuscan summer night, grateful for the blessing of these six months in Europe; pleased with my choice of vocation; resolved to work a little harder at it; and persuaded that life, at times, can be very good indeed. 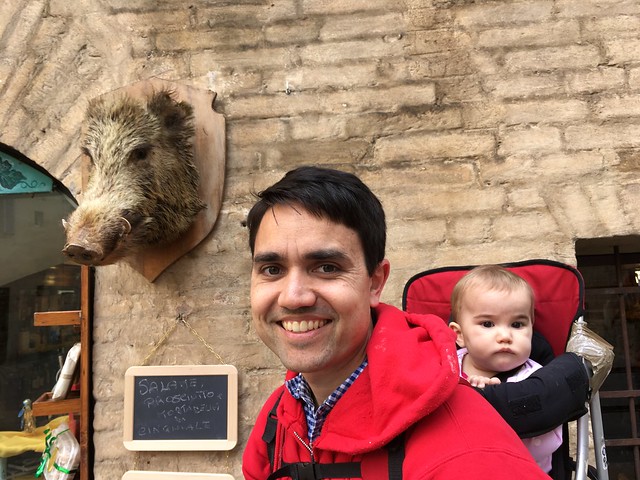 As a recipient of a Fulbright scholarship to Italy, Justin Collings will spend the 2018-2019 academic year researching the history of constitutional courts in Europe – including the European Court of Justice and the European Court of Human Rights – since 1945. His research explores how constitutional justice has transformed European politics at both the national and supranational levels. Justin is Associate Professor of Law at the J. Reuben Clark Law School at Brigham Young University. He is a graduate of the Yale Law School and holds a PhD in history, also from Yale. He was previously law clerk to the Honorable Guido Calabresi of the U.S. Court of Appeals for the Second Circuit.